How Fitness is Linked to Longevity

It has long been understood that there is a relationship between fitness and longevity. Since an active lifestyle ensures reduced risks of mortality in a number of ways, even mild to moderate forms of exercise have been shown to be advantageous to people regardless of age, gender, health-conditions or lifestyle.

The greatest killers in Western civilization come from cardiovascular related diseases. In South Africa alone, one in every six deaths is caused by heart disease, and that is not the only health risk reduced by maintaining an active lifestyle.

So, how much of a role does activity play in longevity, and how much exercise do you need to do to make a difference?

Let’s explore these questions in a bit more depth:

How Maintaining Fitness Reduces the Risk of Mortality

The relationship between fitness and mortality can largely be attributed to the way in which it reduces the number of mortality risk factors; particularly those associated with age and an unhealthy lifestyle.

Aerobic activity has been shown to be the most beneficial, particularly in subjects over the age of 70.

It does this is by significantly reducing the risk of factors such as type 2 diabetes, arterial hypertension, coronary heart disease, and strokes. Each of these above-mentioned factors, which exercise is known to help avoid, are responsible for a significant lowering of the average life-expectancy.

In addition to this, an active lifestyle significantly improves a person’s quality of life, which is true for all ages. So, while longevity is extended, the enjoyment of those extra years is also enhanced. Once again, this is particularly evident in subjects in their senior years.

How Studies Were Conducted

In one study, over 120 000 individuals of mixed age, gender and endurance levels, participated in a treadmill test that took place over a period of 14 years.

After an initial stress-test, the participants were classified according to 5 groups with regards to their active ability: elite, high, above-average, below-average and low.

Each of these categories of participants were then analysed according to their ages. In each case, the benefits of an active lifestyle were evident across all age-groups. However, the greatest benefits of consistently maintaining high levels of fitness were most evident in participants over the age of 70. How Much Does Exercise Raise Life Expectancy By?

Studies have shown that even low to moderate amounts of exercise can extend the average lifespan of individuals regardless of their previous fitness levels, health conditions or body-mass-index.

One study showed that moderate weekly exercise could increase the average life expectancy by between 0.4 years and 6.7 years.

In obese participants, it has been shown that around 150 minutes of exercise a week can result in an extension of the average lifespan by between 2.5 and 3.5 years. This is when compared to obese people who do not exercise.

In participants who were considered overweight, but not obese, it was found that 150 minutes of weekly exercise could extend the average person’s lifespan by just under 4 years when compared to people of the same weight ratio who did little to no exercise.

For those participants who were described as having an average weight, 150 minutes of weekly exercise resulted in an average lifespan of almost 5 years longer when compared to those who do not maintain their fitness levels through regular exercise.

The Highest Measured Levels of Intensity

The highest levels of intensity measured by one study, in those deemed to have high fitness levels, has shown that 450 minutes of vigorous exercise per week resulting in an increase of the average life expectancy by about 4.5 years.

As you can see there are several great benefits to be had from maintaining an active lifestyle and helping others to do it too; with longevity being one of the biggest.

If you would like to know more about the professional world of fitness, take a look at our extensive offers on specialised fitness courses at the Trifocus Fitness Academy. 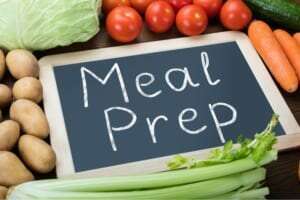 How should you be doing your meal prep? 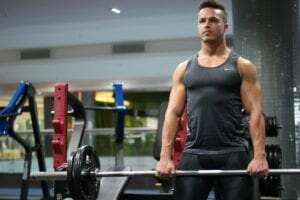 How to train an ectomorph body type