How hiring a personal trainer can assist you with beating depression

One in six people in South Africa suffer from anxiety and depression. These figures demonstrate that there is a real public health problem. This is especially true when we learn that depression is closely linked to illness as well as even death owing to cardiovascular disease.

However, the good news is that we are also aware that sports, as well as physical activity, have been proven to have positive effects on mental as well as physical well-being. Thus, hiring a personal trainer can help with a great many different chronic conditions.

The proof is in the research

Studies which have been conducted show that regular exercise can assist with:

This functions to enhance a person’s ability to better be able to take life in their stride. A recent survey which was conducted in the United States found that over one-third of adults (which translates into 37 percent) reported that they took part in exercise less than once a week, or not at all.

Physical activity is responsible for stimulating brain chemistry in a number of different areas which control mood. Studies show that working out assists the brain with releasing endorphins and producing serotonin, which generates the feeling of well-being in addition to happiness.

Every single day, there are increasing amounts of evidence to support the fact that exercise has an incredibly beneficial effect on depression and anxiety. There are excellent placebo control studies which compared the effects of antidepressants as well as exercise on the mood of a patient. It was found that the effect on mood is the same for both forms of treatment.

Science has demonstrated that exercise can be responsible for alleviating symptoms of depression. In fact, a large new study found exercising anywhere between two to six hours a week seems to reap the most mental health benefits.

In another study which was carried out by researchers at the University of Texas Southwestern Medical Center, it was found that 30 minutes of moderately intense exercise, which was done five days a week was responsible for reducing symptoms of depression by almost half after 12 weeks. However, although exercise is often suggested for depression, for patients suffering from this disease finding the energy to work out can be a serious struggle. Depression can make dealing with day-to-day responsibilities energy-zapping, so it’s not surprising that self-care routines like exercise are often not feasible.

If you’re suffering from depression and want to exercise, but don’t know how to get started, here are some ideas regarding how you can get the motivation to make this happen.

If you’ve been sensing like your energy levels are low, it’s probably a good idea to revamp your exercise routine with something simple to avoid getting too overwhelmed. Try starting with a 20-minute stroll, and work up to a longer walk, or jog if that’s your preferred type of exercise. In addition, don’t underestimate the power of a simple stretching routine to help you stay active. This will assist you with getting back into the swing of exercising.

If you’re finding it to be particularly difficult to get dressed and to leave your house to exercise, try not to push yourself past your limit. Luckily, you don’t need a gym to break a sweat: Download a free exercise app or browse Instagram to find a routine you can commit to — without leaving the comfort of your home.

Depression can make you feel isolated as well as alone. The best way to combat that is by reaching out to your support system. Finding a friend that can be your workout buddy could be super beneficial, especially when you are feeling depressed. Research shows that exercising in groups can help you stay motivated and holds you accountable. It also releases more endorphins than solo workouts do. This means that you’ll get more mood-boosting hormones that can help improve your mental health if you commit to working out with a buddy.

Want to learn more about the benefits of exercising? If you do, then you should definitely contemplate doing a personal trainer course such as the ones that we offer. For more information, please follow this link. 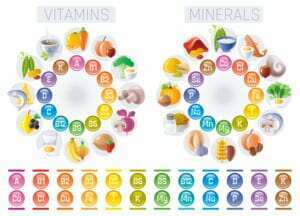 What minerals and vitamins do for your bones? Fat-burning moves from a personal trainer