How to do the Kettlebell Clean

The Kettlebell Clean is considered to be a set-up move. It is a pre-cursor to the Press & Jerk. Generally, one would do a Clean & Press or a Clean & Jerk as opposed to just doing a clean on their own.

However, the Kettlebell Clean itself is a very powerful movement and teaches many tension items that are needed in other kettlebell training. In the Swing, there is no rest or stop position. The kettlebell is continuously in motion. In the clean, the kettlebell ends at shoulder level, resting on the forearm with the wrist kept straight. This is called the racked position.

Biomechanical analysis of the Kettlebell Clean

Steps to performing the Kettlebell Clean

The first step is finding the correct rack position

Pick up the kettlebell and curl it up not the forearm, bicep and chest. The wrist needs to be in a neutral position with the knuckles of the first facing directly to the ceiling and the thumb pointed towards you. The elbow should be pointed straight down and tucked in close to the body. The lats work to stabilise and hold the arms close to the body.

The V created between the forearm and the upper arm serves as a shelf for the bell to rest on. At this point, the kettlebell should be on the forearm, bicep and slightly on the chest. It is essential to keep the bell as close to the centre line of the body without rounding the upper back.

Return the kettlebell to the bottom position by ‘dropping’ it. There should be minimal tension on the arm and the elbow should lockout at the bottom. The shock is then absorbed by the Hip Hinge movement.

The movement has now become a single-arm swing. Allow the kettlebell to pass between the legs and initiate the Swing with a powerful hip thrust.

As the kettlebell passes hip height, curl it towards your body. You should be able to catch it in the rack position. It is important to remember that the curl action is minimal. You only want to slightly alter the path the bell is travelling on, not drastically change the direction. If you use too much force, the kettlebell will land with a heavy impact and throw you off balance.

The kettlebell should land in the rack position with as little impact as possible. As the kettlebell gets more substantial, you must brace your core to absorb the impact in a very similar way to the manner in which a boxer will brace himself to take a punch.

The styles of kettlebell training

Both of these styles of kettlebell training have a place and a purpose so get the benefit of both worlds. Your training will change from time to time. Even the best, luckiest athletes occasionally fall prey to injuries. If you’re injured and you persist with heavy loads, you are unlikely to health. Switching to lighter, longer rep sets might just keep the muscles working and assist in provided healing.

If you would like to discover additional information about kettlebell training and even, possibly, become a kettlebell instructor yourself? If you do, then follow this link. 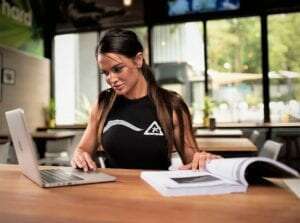 What sports managers need to know about risk control measures 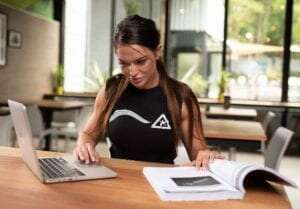 How to Set Up Goals and Objectives for Administrative Systems