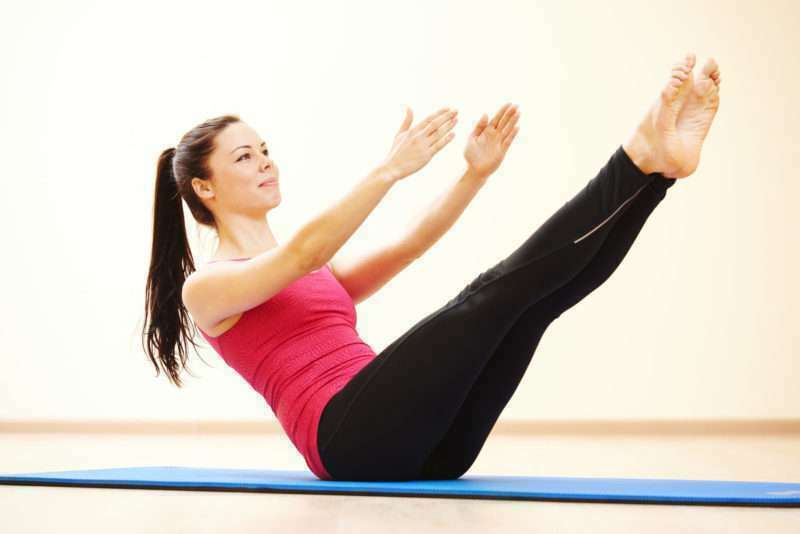 Why are Pilates movements so controlled?

Ever wondered why you can pump iron like it’s going out of fashion but when it comes to a Pilates class you can barely do 15 minutes before you are panting? This is even though the movements are ever so slight and don’t look like much, it is very controlled. In this article, we’ll explain more.

What Pilates movements are all about

There are two types of muscle fibres in your body: slow twitch and fast twitch. Slow twitch muscle fibres are activated when you perform endurance activities such as jogging or Pilates. This is because they give off sustained energy as they contain their own power-generating mechanisms which are called mitochondria. Thus, they are able to sustain a movement for longer.

Slow-twitch muscle fibres – which are those activated in Pilates – have a very low activation threshold. This means that it doesn’t take much force for them to work and for you to see the benefits of this type of workout.

It is an isometric exercise

As we indicated in our article entitled Why Isometric Exercises Should be Part of Your Routine Pilates is an example of an isometric exercise. This means that during the movement, the muscle doesn’t lengthen as opposed to an isotonic exercise where muscles lengthen and contract against some sort of external resistance such as a free weight or a weight machine.

Being an isometric exercise, the force needed to see benefits in a Pilates exercise is not great. This means that you don’t need to make big movements in order to see the benefits that Pilates has to offer.

There are a number of hallmarks which are key to Pilates practice. Here are some of them. Breathing is central to Pilates

We strongly advise that you do not hold your breath while exercising. Precision during breathing should be taken during the eccentric phase of the movement so that your abdominals are engaged properly and that the placement of the rib cage is not compromised.

Pilates is done in a flowing manner. Fluidity, grace and ease are goals applied to all exercises. The energy of an exercise connects all body parts and flows through the body in an even way. Pilates equipment – like the reformer – are very good mirrors of one’s flow and concentration as they tend to bang around and suddenly become quite “machine like” if you lose control and flow.

The rib cage and scapulae must be stable

The rib cage position affects the alignment of the upper back. When lying on your back in a neutral position, maintain the sense of the weight of the ribs resting gently on the mat. In other words, maintain the normal curve of the upper back. Do not push off or push your rib case into the mat. Pay particular attention to the placement of your rib cage when inhaling or while performing overhead arm movements.

Stabilising your shoulder blades on the back of your rib cage is as important as contracting your abdominals during every exercise. This will help you avoid strain through your neck  and upper shoulders. To achieve proper placement, a sense of width should be maintained across the front and back of your shoulders. Make sure you don’t allow your shoulders to round forward too much or squeeze together towards your spine. You shoulders should not be lifted too far or over depressed.

Do you want to become a Pilates instructor that is in hot demand? Trifocus Fitness Academy’s Pilates Course will make you into just that! Read more here. 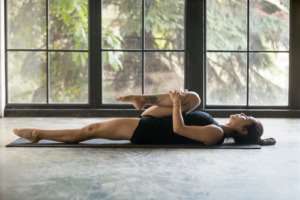 What does “neutral spine” mean in Pilates? 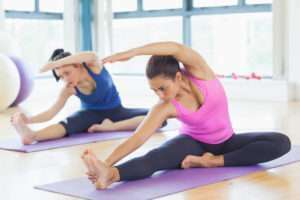 What are the Benefits of Pilates Breathing?