The Three Gunas in Yoga

As stated by the yogic philosophy the entire universe can be split into two main categories:

In line with this philosophy everything that is changeable, but is not infinite, is part of Maya. Conversely, Purusha is the only reality, it is the universe’s only unchangeable element: the Self, the soul.

Just the soul is eternal whereas Maya or Prakriti is changeable as well as illusionary (unreal). The challenge lies in being able to differentiate between the real and the unreal. That is the ultimate objective of Yoga: to look beyond the illusion and look at the reality. Only an individual who is able to see the reality can attain the stage of Samadhi or Enlightenment.

What is individual consciousness?

According to Patanjali or Prakriti individual consciousness is the changeable nature, the outer shell which is made up of everything that can be seen and experienced (matter). It is made up of three forms or Gunas. The Three Gunas are generally accepted to be associated with creation. The Gunas serve as three fundamental operating principles of universal nature. They are defined as:

This is characterised by activity, passion, creativity and tumult. People are restless, competitive, ambitious, full of desire and have an unsaturated hunger for worldly enjoyment. Food is spicy, sour, acidic ans associated with overeating.

This is characterised by essence, calm, peace, light and clarity. People are centred, balanced, compassionate and unselfish. Food is easy to digest like cereals, fresh fruit, veggies, milk and yoghurt.

Prakriti is always a combination of these three qualities with one being the most dominant.

In yoga, we strive to be in a state of Sattva. If we are able to see which of these energies is at play in our lives it is easier to bring about balance. The practice of yoga helps to lessen the negative effects of Rajas and Tamas.

We, as people, have the opportunity to consciously change the concentrations of the Gunas in our body as well as our mind. By changing the presence in addition to the influence of external objects, lifestyle and thoughts it is possible for us to increase or decrease the Gunas.

If any guna is predominating this will affect how we understand the world around us. It will affect behaviour, attitude, actions, attachments – the list goes on. For instance, a person who is mostly tamsic will see everything as negative as well as destructive. An individual who is more sattvic, on the other hand, will see the universe as positive. In addition, they will find joy as well as happiness in everything. However, the mind is very unstable which means that it can fluctuate very easily from one major guna to another.

Want to learn more about yoga and even, possibly, become a yoga instructor yourself? If you do then you should check out our Yoga Instructor Course. For more information, please follow this link. 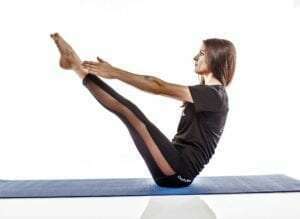 How to perform single leg circles in Pilates How to do the Pilates roll up