What a beginner to boxercise needs to know

Boxing is a fantastic workout. If you’re new to boxing or thinking about starting boxing classes soon, you’re going to need to know a few basics.

The boxing stance is important because it gives you the ability to be on both the offence and defence so that you can punch and block. It also provides balance. The foot opposite your dominant hand will be in front. This means that you can throw your dominant hand with more force. Keep your feet shoulder-width apart. The back foot’s toe should line up with the front foot’s heel and your knees should be slightly bent. This helps with agility. Your hands must be kept up near your cheekbones, underneath your eyes. Your chin should be lowered a bit to protect your face. Face your opponent at a 45-degree angle and keep your elbows tucked against your sides. In a real match, this makes you a smaller target to hit. After every move, return to this boxing stance.

This is the most commonly used punch in boxing. It is probably the first one that will be taught to you in class. It is used to set up for bigger attacks by keeping your opponent at a distance.

You start in boxer stance with your back heel slightly lifted from the floor. Punch your hand closest to your opponent straight out while keeping your hips in place. Aim your back knuckles at the opponent’s chin and as you punch twist your hand so your fingers are facing toward the ground. Return to boxer stance.

Move your front foot forward at the same time as your punch and keep your opposite hand high in front of your face ready to block.

This punch is called number two. It is the most powerful punch because you can throw your body into it.

Start in boxer stance with most of your weight leaning onto your front foot. Punch your rear hand straight forward and twist your back foot while rotating your hips and shoulders forward to put as much power as possible into the punch. Once the punch impacts your palm should be facing towards the ground. If there is space, step into the punch with your front foot. Return to boxer stance.

The front hook is referred to as three and the back as four. This punch can be executed with either hand, but it is best to focus on the more powerful hand. It is not a straight punch but rather aims to hit your opponent from the side.

Once again you will start in boxer stance with the heel of your rear foot slightly lifted off the ground. Pivot your knee toward the inside to roll your hips into the punch. Bend your elbow at an angle of  90-degrees so it is parallel with the floor. Your fist should be at the same height as your shoulder and your palm facing towards the floor. Twist both your feet so your front heel is lifted when the punch lands and your back heel when pulling back. Don’t let this punch go past your face. Return to boxer stance. Combination number five is your front hand uppercut and six the rear. This hit is intended to land underneath the opponent’s chin and its power comes from your hips and legs.

Start in boxer stance with your back heel lifted off from the ground with most of your weight in your front foot and keep your knees slightly bent. You are going to twist on the toes of the same side from which your punch is coming from to turn your hips and knee forward. Bring the punch up from your hip and connect it underneath your opponent’s chin. Return to boxer stance.

A boxer should be able to use both hands and not only their dominant one. A non-dominant handed attack can be just as powerful. How to draft a constitution for a sports club 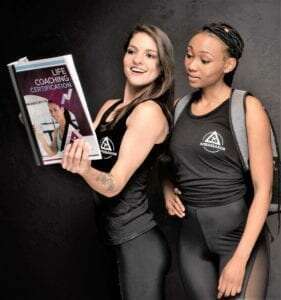