What does the endocrine system do?

Once a hormone is secreted, it goes from the endocrine gland through the bloodstream to target cells which are designed to receive its message. Along the way to the target cells, specific proteins bind to some of the hormones. These distinct proteins act as carriers which control the amount of hormone which is available to interact with as well as affect the target cells.

In addition, the target cells have receptors which latch onto only specified hormones. Each hormone has its unique own receptor so that this hormone will communicate only with specific target cells which have receptors that match the hormone. When the hormone gets to its target cell it locks onto the cell’s unique receptors. These hormone-receptor groupings transmit chemical instructions to the inner mechanisms of the cell.

When hormone levels reach a specified normal or necessary amount, additional secretion is controlled by vital body mechanisms to sustain that level of hormone in the blood. This regulation of hormone production may involve the hormone itself or a different substance in the blood which is related to the hormone.

Challenges with the endocrine system

Incorrect levels of hormones can be harmful to the body. For example, if the pituitary gland secretes more  growth hormone than is necessary a child may grow disproportionately tall. If it does not produce enough a child may be unusually short. Regulating the production of or replacing specific hormones can treat many endocrine disorders in children and adolescents. Some of these may include the following:

This condition is characterised by decreased function of the adrenal cortex as well as the resulting underproduction of adrenal corticosteroid hormones. The symptoms of adrenal insufficiency may include the following: weakness, fatigue, abdominal pain, nausea, dehydration as well as skin changes. Doctors treat adrenal insufficiency by administering alternate corticosteroid hormones.

Unnecessary amounts of glucocorticoid hormones in the body can lead to Cushing syndrome. In children, it most frequently results when a child takes large doses of synthetic corticosteroid drugs such as prednisone in order to treat autoimmune diseases such as lupus. If the condition is due to a tumour in the pituitary gland that produces an excessive amount of corticotropin as well as stimulates the adrenals to overproduce corticosteroids it’s termed Cushing disease. Symptoms may take years to develop. These include obesity, growth failure, muscle weakness, simple bruising of the skin, acne, high blood pressure as well as psychological changes. Depending on the particular cause, doctors may treat this condition with surgery, radiation therapy, chemotherapy or drugs which block the creation of hormones. When the pancreas does not manufacture enough insulin, type 1 diabetes occurs. Symptoms include an excessive thirst, hunger, urination as well as  weight loss.

In children as well as teens the condition is typically an autoimmune disorder in which specific immune system cells and antibodies, which are produced by the immune system, attach to and destroy the cells of the pancreas which secrete insulin.

The disease can result in long-term complications including kidney problems, never damage, blindness, early-onset coronary heart disease as well as stroke. To regulate their blood sugar levels in addition to reducing the risk of developing diabetes complications, children with this condition require regular injections of insulin.

If you want to learn more about anatomy, we recommend that you do our Exercise Science Course. For more information please follow this link. 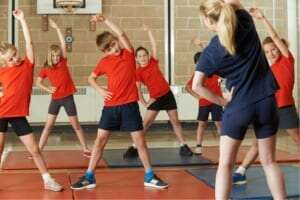 How to design an exercise programme for children 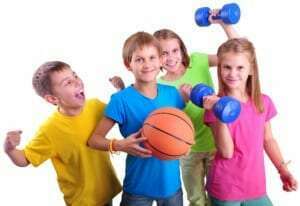 How to perform youth fitness tests and screening