What is the endocrine system?

Although we rarely think about them, the gland of the endocrine system and – the hormones that they release – influence almost every cell, organ and function in the human body. The endocrine system is key in regulating mood, growth and development, tissue functioning and metabolism among many other functions.

About The Endocrine System

The foundations of the endocrine system are hormones as well as glands. As they are the body’s chemical messengers, hormones transfer information and instructions from one set of cells to another. Although many different hormones circulate throughout the bloodstream each one only affects the cells that re genetically programmed to received as well as provide a response to its message. Levels of hormone can be influenced by factors such as stress, infection and changes in the balanced of fluid as well as minerals in blood.

A gland is a collection of cells which produces and secretes (or give off) chemicals. A gland selects and takes out materials from the blood. It then processes these materials and secretes the finished chemical product that will be used somewhere else in the body.

A number of types of glands release their secretions in specific areas. For instance, exocrine glands, such as salivary and sweat glands, are responsible for releasing secretions in the skin or inside of the mouth. Endocrine glands, conversely, release more than 20 major hormones directly into the bloodstream. Using this medium they can be transported to cells in other parts of the body. Parts of the Endocrine System

Even though the endocrine glands are the body’s main hormone producers some non-endocrine organs -such as the brain, heart, lungs, kidneys, liver, thymus and skin – also produce and release hormones.

In a personal trainer course, you’ll learn about the endocrine system as well as various other essential systems of your body. This is so that you know how  a client’s anatomy will respond to the different exercises that you will have them do.

On all of Trifocus Fitness Academy’s accredited personal trainer courses, you’ll get an in-depth look at human anatomy. In addition to this, you’ll be taught everything that there is to know about what is takes to become a world-class personal trainer. For more information about this as well as our other online fitness courses, please visit our website. Why Studying A Personal Trainer Course Is A Smart Move 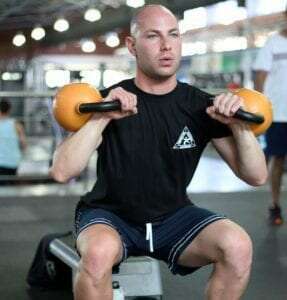 What Makes Kettlebells a Fabulous Workout?