What type of diet is good for a diabetic?

A diet that is good for diabetics is just about eating the healthiest foods in moderate amounts. The most important thing is to stick to regular mealtimes so as to maintain a constant blood sugar level.

A person who suffers from diabetes should be on a healthy-eating plan that’s naturally rich in nutrients. In addition, it’s low in fat and calories. Key elements are fruits, vegetables and wholegrains. In fact, a diabetes diet is the best eating plan for most people.

What foods are good for diabetics?

There are a loads of foods which are safe for diabetics to eat. Here are just some of them.

It’s a well-known fact that fatty fish is one of the healthiest foods that one can eat! It’s also one of the most delicious. Types of this type of fish include:

They are are great sources of the omega-3 fatty acids DHA and EPA. These have major benefits for heart health in addition to other great benefits. The substances DHA and EPA protect the cells which are found lining your blood vessels. In addition, they reduce markers of inflammation and improve the way your arteries function after eating.

A handful of observational studies make the suggestion that people who eat fatty fish regularly have a lower risk of heart failure. As well they are less likely to die from heart disease. In other studies, older men and women who ate fatty fish between five and seven days per week, for eight weeks, experienced significant reductions in triglycerides and inflammatory markers. Fish is also a great source of high-quality protein. This helps you feel full and increases your metabolic rate.

It is important for diabetics to get enough of these fats on a regular basis. This is because they have an increased risk of heart disease and stroke. Leafy green vegetables are extremely nutritious. What’s more, they are low in calories. In addition, they’re also very low in digestible carbs, which raise your blood sugar levels and, as such, are bad for diabetics. Spinach, kale and other leafy greens are high-quality foundations of several vitamins and minerals. This includes vitamin C.

Your eyes are protected by these antioxidants from macular degeneration and cataracts. The latter two diseases are common diabetes complications.

Not just a spice for Hot Cross Buns, cinnamon is a potent antioxidant.

In one examination, type 2 diabetes patients – who took cinnamon for 90 days-  had more than a double reduction in haemoglobin A1c. This is compared those who only received standard care. A recent breakdown of 10 studies found that cinnamon may also drop cholesterol and triglyceride levels.

If you are a diabetic, you should limit your intake of cassia cinnamon — the type found in most grocery stores — to less than 1 teaspoon per day. This is because it contains coumarin, which is linked to health problems at higher doses.

Want to learn more about the nutrition? Why not check out Trifocus Fitness Academy’s Specialised Nutrition Course? How often should children snack? 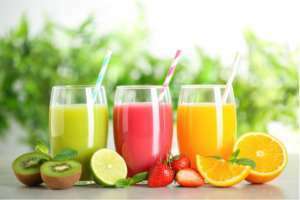 Is fruit juice OK for me to drink?