Why are processed foods so unhealthy for your nutrition?

Not all foods which are processed are unhealthy. This being said, some processed foods may contain high levels of salt, sugar as well as fat in order to preserve them. Not all food, which is processed, is a bad choice. Some foodstuffs require processing in order to make them safe for consumption, such as milk, which needs to be pasteurised in order to remove bacteria which is harmful.

Other foods require processing to make them suitable for use, such as pressing seeds to make oil.

Common examples of foods which are processed include: There is a lot of debate regarding carbohydrates in a person’s the diet. Some individuals feel that the majority of our energy intake should be from carbohydrates, while others feel that carbs should be avoided at all costs.

Processed foods are often high in carbohydrates however they are usually loaded with refined carbs. One of the biggest problems is that refined, “simple” carbohydrates are quickly broken down in the digestive tract. This causes rapid spikes in blood sugar as well as insulin levels. This process can lead to carbohydrate cravings a few hours later when blood sugar levels drop again. This is also called the “blood sugar roller coaster,” and many people who have been on a high-carb diet can relate to these feelings.

If you’re going to eat carbohydrates, get these from whole, single-ingredient foods and not from processed junk foods. The carbohydrates you will find in processed foods are normally refined and “simple” carbohydrates. These result in rapid spikes in blood sugar as well as insulin levels and – ultimately – cause negative health effects.

Processed foods are known for being low in nutrients

Processed foods are awfully low in essential nutrients when you look at this in relation to whole, unprocessed foods. In a number of cases, synthetic vitamins as well as minerals are added to the foods in order to compensate for what was lost when the food was processed. Even though this is the case, synthetic nutrients are not a good replacement for the nutrients which are found in whole foods.

Real foods have much more in them than just the standard vitamins and minerals. Real foods – such as plants and animals – contain thousands of other trace nutrients the impact of which science is just starting to grasp.

If you want to learn more about nutrition, and possibly even become a nutritionist yourself, you need to seriously consider doing a specialised nutrition course such as the one we offer. For more information, please follow this link. 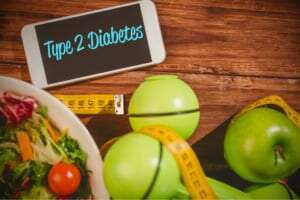 The Different Facets of Sports Conditioning