Pilates was developed by Joseph Pilates in the early 20th century. This form of controlled movement targets core development. It was revolutionary in the sense that it was the first exercise form to combine both Eastern and Western forms of exercise.

30% discount off all courses when purchasing a course upfront this October!

Joseph developed his exercise modality – which was first called “Contrology” – by studying and practising every type of exercised that he could, from classical Roman and Greek exercise regimes to body-building and gymnastics as well as Yoga, tai chi, martial arts and Zen meditation. All this was backed up by a thorough knowledge of anatomy and physiology.

What developed was an exercise discipline that is gentle on the joints and highly suitable for rehabilitation as well as pregnant women who are not able to perform very vigorous forms of exercise. It is still widely practised today, both with simple pieces of apparatus such as a ball and mat to more complicated machinery such as the reformer and the electric chair.

Now is your chance to become a qualified Pilates instructor with Trifocus Fitness Academy’s Comprehensive Pilates Certification. On this course, you’ll learn everything you need to know – from the basic mat and ballwork exercises to the more complex advanced exercises and everything in between.

How you can learn at Trifocus Fitness Academy

We offer a number of exciting, dynamic and interactive ways in which you can learn how to become the best fitness professional you can be!

At various locations throughout South Africa, we hold classes that are led by an instructor who is an expert in the discipline being taught. The benefit of this type of learning is that you have access to the knowledge of an expert in the field who will be able to answer any questions you may have and make the subject come alive for you! It will take approximately 8 months to complete the Comprehensive Pilates course.

Payments can be made via Payfast, EFT or by debit order (which is deducted on the last working day of every month). We offer an 18% discount if you pay the course fees upfront.

Yes, there are facilitated classes throughout South Africa, which are led by instructors who are experts in the discipline being taught.

Yes, there are student support managers available to assist you from Monday to Friday between 9am and 5pm.

The online and correspondence study options can be started at any time during the year.

We require a valid South African ID, or a valid passport if you reside outside of South Africa. You must have a Matric/Grade 12 certificate.

From basic mat and ball work exercises to the more complex, advanced Pilates exercises, our Comprehensive Pilates course will provide you with all the knowledge you need to become an excellent Pilates instructor.

You can work at most commercial and private gyms, and Pilates studios.

Yes, if you reside in South Africa you will receive a study pack with promotional material (at no extra charge) delivered to your door.

If you choose the correspondence method you will also receive assessment guides in your study pack.

For online learning you will receive the learner guide and promotional material. 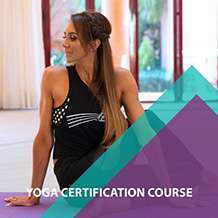