Endorphins and exercise: The drug of choice

You’ve heard it said that engaging in regular exercise is a powerful way to feel good, to stave off depression and to tackle the effects of stress. Ever wondered why? Specifically, it’s because when you exercise, the hypothalamus (in your brain) triggers the release of endorphins from the cells containing them.

In a nutshell, endorphins are neurotransmitters – chemicals that are able to pass through the tiny gaps between neurons in your nervous system. When they’re set to work, these endorphins find the opioid receptor cells in your body where they obstruct pain signals and make you feel fabulous! (This is why you don’t notice it when your personal trainer pushes you.)

Physical exercise is one way to trigger the release of these neurotransmitters in your body. It also releases other feel-good chemicals, like serotonin (responsible for balancing your mood) and dopamine (controls the parts of the brain that deal with reward and pleasure).

Even a few minutes of moderate exercise – a walk around the block – will lift your mood. However, if you really want to benefit from the body’s natural high, experts suggest you engage in moderate to vigorous exercise for at least 30 minutes at a time. At the 2012 annual meeting of the American College of Sports Medicine in San Francisco, it was stated that people who exercised moderately, running one to 20 miles per week at a pace of about 10-11 minute miles (a jogging rate), had an even lower risk of dying than those who ran more than 20 miles a week or at a pace faster than seven miles per hour.

Need any more incentive to get exercising? Take a look at this:

That’s right: The endorphins released by exercise can help you keep bugs at bay.

2. Keep your appetite in check

That’s a fancy way of saying that endorphins regulate your appetite so you are less likely to overindulge or eat the wrong foods.

3. Help you manage the effects of stress

If you’re feeling the effects of stress, such as high blood pressure, then you’ll be glad to hear that endorphins help your body to cope better. Also, because you’ll be less stressed you won’t be tempted to stress eat.

4. May encourage you to keep exercising

An endorphin rush makes you feel fabulous. While endorphins aren’t addictive, you’ll find yourself wanting to experience their “natural high” again and again. So if you’re getting your endorphin fix from exercise, then you’re more likely to stick to your exercise programme.

We’ve mentioned it already, but it’s worth talking about again. Some doctors will tell you that endorphins are as powerful as morphine for treating pain.

As we’ve stated briefly, the release of endorphins through exercise is usually accompanied by a release of serotonin and dopamine. All of these chemicals are powerful mood regulators. The best part is, your body can make them for you.

As you can see, exercise doesn’t just have physical benefits. The emotional benefits are pretty awesome too!

If you think you could make a successful career out of your passion for exercise (and help others get the endorphin rush they need), sign up for Trifocus Fitness Academy’s Personal Training Certification. Find out more here. 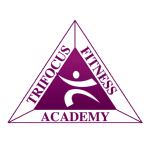 Why it’s difficult to tone your calves – part 2