How no-fan matches is changing the psychology of sports

Professional sports are making a come back after the lockdown which was imposed by the South African government as at the end of March 2020. However, on the playing field, the situation is far from normal. Most apparent difference is the glaring absence of sports fans in the stands, which has led to some creative experimentation with recorded crowd noise that is piped into venues.

Never before have sports teams played a whole season without fans. This will make the latter half of 2020 a fascinating time for the individuals who study sports as well as how psychology influences athletic achievement.

In the few cases in which fans were barred from the stadiums in the past, sports psychology researchers found that there were fewer penalties issued by referees and there was less of a competitive advantage for the home team.

Over the past several years, researchers have recognised a home-field advantage in basketball, football as well as baseball. These results are due largely to the reality that away teams have to deal with the:

What is the psychology of the sports fan?

Ardent sports fans will hang onto the passion for their team regardless of anything that happens. However, even the most true fans could find that their faith is put to the test when things aren’t going well for their cherished team.

Social and sports psychologists have identified two patterns of reactions that sports fans have to their team’s performance.

This term does not designate a  type of an eating disorder, but applies to this phenomenon is called “Basking in Reflected Glory”.

At the time when your team is doing well, you feel wonderful.  Research demonstrates that on the day after a team’s victory, individuals are feeling better about themselves. They say that “we” won, and by “we,” they are not meaning themselves, individually.

The closer that you identify with the team, the more likely you are to BIRG. People who BIRG also will be more likely to wear their team’s regalia on the day after a win. CORFing means that you are “Cut Off Reflected Failure” from yourself.

Your team was defeated and now you want to distance yourself from them and their shame as much as possible. It’s no longer “we” who lost, it’s “they.”

The absolute last thing that a CORFer wants to wear on the day after the team’s loss are hats or, alternatively, shirts with the team’s logo. This is the test of the true fan as opposed to a fickle one.

It’s the CORFers who are the unpredictable fans. Their identification with the sports team rises and then falls with the box scores. True fans, on the other hand, will wear jerseys, hats, and virtually every item with the team logo no matter how badly their team performs. Real fans may feel disappointed, but their heroes remain their heroes, even if slightly tarnished by defeat.

Geisterspiele, or “ghost games,” has been the jargon adopted to describe the fan-less matches held as the Bundesliga continued its 2019–20 season Instead. The stadium magnifies only the shouts of the players on the pitch, strained and homogenised by endless layers of echo. Cheering as well as playing hard are expressions of the same social thinking. Without the cheering, the sports team lacks evidence that the fans are imagining the same thing they are, and the power of the collective thinking goes down. Without the fans being there to envision with them, and the other team to imagine the exact opposite outcome, it’s not a real game. 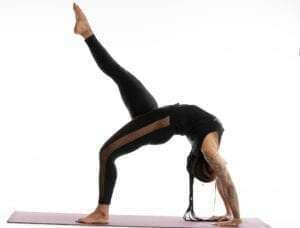 Why yoga could be a lifesaver for people with heart conditions