Your gym sessions can become quite boring and monotonous. This is especially if you constantly do the same routines and exercises. There are only so many kinds of exercises you can do per muscle group, right? Slight adjustments – like the way you grip the bar – are all ways to completely change a common exercise. By doing this you can effectively target different areas of the muscle and work areas that are weak. In this way you can increase your bicep strength. 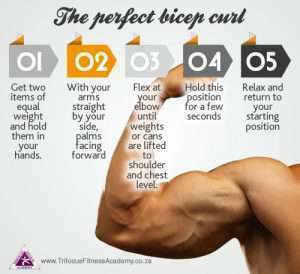 The bicep consists of two heads:

Different bicep curl grips target either the short or long head or both heads of the bicep.

The Bicep Curl: the Go-To Exercise for Increasing Bicep Strength

The bicep curl is probably one of the most common, most performed exercises worldwide. There is a good reason for this! This exercise is great for targeting the biceps brachii so increasing its strength and size. Big strong bicep muscles are many avid gym-goers and bodybuilders’ most focused on muscle to build as it symbolises hard work and consistent effort in the gym, strength and power.

Bicep Strength Myth: There Is Only One Way to Do Bicep Curls

There are different ways to change the exercise and target different areas of the bicep muscle. By altering the angle of your grip, you almost completely change the entire move. This leads to more isolated targeting in certain areas of the muscle. The most popular grip for the bicep – the standard grip curl –  targets both the long and short heads of the bicep. If you are looking for overall bicep strength and size development, a simple standard grip bicep curl will do the trick.

The close grip supinated (palms facing up) curl targets the long head of the bicep muscle more than the short head. This helps with building that bicep bump.

The wide grip supinated curl targets the short head (inside) of the bicep, which adds to the thickness of your bicep.

Reverse (pronated – palms facing down) grip curls focus heavily on improving your grip and targets your forearm muscle more than any other kind of bicep curl.

Barbell curls target the bicep intensely. These are one of the most effective exercises to do if you want to increase your bicep strength, size and even your grip strength. Dumbbells are also great at targeting the biceps. They enable you to isolate the biceps. Different grips of the dumbbell bicep curls include neutral grip hammer curls and offset grip dumbbell curls, as well as concentration curls:

The bicep curl is one exercise with many variations, all targeting the long or short head of the bicep, or both simultaneously, as well as other smaller muscles within the arm. It enables you to build strength and size of the bicep, as well as increase your overall grip strength. There is no doubt as to why it is one of the most popular and effective exercises!

Trifocus Fitness Academy’s personal training courses will teach you everything that you need to know about increasing muscle strength and flexibility. Call us today to speak to one of our agents! Use Your Mind To Recover Faster From a Sports Injury 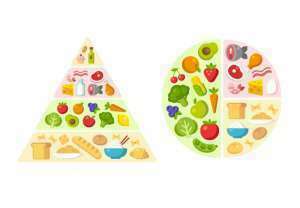 Food pyramid vs food plate: Which one should you follow?