What are the nutritional needs of a soccer player?

The game of soccer is a typical acyclic sport. This is because the intensity during the match changes all the time. The loading has an interval character with frequent breaks and short rests. During a game, phosphate and glycogen supply most of the energy through anaerobic (without oxygen) production of ATP (adenosine triphosphate).

Soccer is a different game and so are the requirements it places on the player’s body. Long-lasting workouts develop endurance as well as strength and agility since the players are running plenty of sprints at high speed.

The neuropsychological load is considered as the matches are emotional and the situation is ever-changing. So, during the execution of these max and sub-max efforts lactate builds up in the person and, as a result of the accelerated metabolism, waste products are eliminated by athletes during pauses and at the break at half-time.

What does a soccer player eat?

The characteristic of a player’s nutrition determines the biochemical changes in their bodies. The foods that they consume have to cover the energetic deficit which is around 627 – 646 kJ (149 – 154 cal) per kilogram of body weight in order to obtain the essential substances to aid the development of the soccer-specific physical characteristics. It is imperative to follow an appropriate diet as well as maintain an adequate liquid intake.

The diet of the players has to be well balanced and include a broad range of food at all times. This is especially during the pre-season period. It has to contain:

The ingredients of the food have to vary, considering the character of the loading and the physical qualities which are being mostly developed at that particular period. Hydration requirement of a soccer player

As a result of the sweating during a match, the soccer players can lose from about two up to 7kg from their body weight. Dehydration may occur, which could lead to poor thermoregulation and prevent adequate oxygen and energy supply to the muscle tissue. That’s why it is recommended, during the hot months of the year, to increase the liquid intake. However, more than the required amount of liquids doesn’t improve performance or progress.

The food distribution during the day is influenced by time, more specifically, when the significant physical effort occurs. If the initial training is in the afternoon breakfast should be more substantial and higher in calories. Lunch should be lighter. If the practice is in the morning, breakfast should be lighter and the lunch richer and more restorative. It is recommended to eat between four and five times a day if the players’ workout twice a day. In such cases, the meals should be evenly distributed.

Soccer is a very energy‐intensive sport for which players need to be in superb physical condition. Proper conditioning techniques are an essential part of coaches’ and players’ soccer training.   So too must be the knowledge of proper nutrition and hydration.

If you want to become a soccer coach, then you should really check out our Soccer Coaching Course. For more information, please follow this link. How to use resistance equipment safely 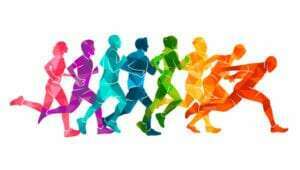 What are the different stages in the periodisation cycle?