What is a fixator muscle?

Muscles must work in harmony to produce different bodily movements and a particular muscle’s role may change depending on the movement. The most important aspect of understanding how muscles function to produce a joint movement is synergy.

‘Synergy’ means that two or more things work together to produce a result that is greater than any of those things could do along. This means that the whole result is greater than the some of the individual effects of the agents which are involved. Even the simplest joint movement necessitates muscles working in unison in this synergistic or cooperative fashion. When a group of muscles works together to optimally perform a given motor task this is known as muscle synergy.

A fixator muscle is a stabiliser which acts to eliminate the unnecessary movement of an agonist’s, or prime mover’s, origin. A lot of muscles are affixed to more than one bone. When this takes place the muscles are said to be multi-articulate or multi-joints muscles. At the time that these muscles contract they tend to move both bones to which they are attached. This would, of course, make everyday movements completely impossible.

For example, consider elbow flexion by the biceps brachii. When you perform a curl the biceps act to flex the elbow. However, the biceps are attached at two places, proximally as well as distally. Its distal attachment is to the radius and we want to move the radius bone when we curl a dumbbell or barbell.

One of its proximal attachments though is to the scapula. The scapula is an incredibly mobile bone. In fact, it has no really bony attachments of its own. When the biceps contract the muscle will tend to draw on the radius and the scapula together. The movement of the scapula must not take place. This is accomplished by the action of fixators. Specifically, the trapezius, as well as rhomboids, work isometrically to make sure that the scapula does not move on the torso.

What is a neutraliser muscle?

Neutralisers, like fixators, act to prevent unwanted movements. However instead of acting to prevent the unwanted movement of a body part these muscles act to pull against as well as cancel out a line of pull (that is not needed) from the agonist or prime mover. Several muscles can produce a pulling force in many directions so that an undesired joint action may occur simultaneously with the desired one. Neturalisers prevent this.

For example, the biceps brachii can perform more actions than flexing the elbow. It can also twist the forearm so that the palm faces up. In order for the biceps action to flex the elbow with the forearm also being supinated an additional muscle must cancel out the supination torque which the biceps also produce. The pronator teres, as the principal forearm pronator, is responsible for doing this.

Test out the action of the pronator teres for yourself. It is possible for you to easily palpate the pronator teres by flexing your elbow as well as making a fist as if you are holding a hammer in your hand. This is a neutral forearm position and the pronator teres will start to contract. You can feel the muscle with your opposite fingers inside the middle of your forearm.

Relax your forearm. Lift your hand up towards the ceiling. You will feel that the pronator teres is relaxing as well as lengthening. At first, it was contracting to offer a pronating force against the biceps supinating force. This is while the elbow is flexed when you supinated your forearm. It then relaxed to allow this action to take place. On the other hand, if forearm supination was desired without elbow flexion the triceps would act isometrically to resist the flexion so making it a neutraliser.

A detailed analysis of movement is a complex activity requiring sophisticated equipment. However, the basic analysis of movement can be done virtually and should involve, for example, the following: a description of the precise movements which occur at the joints recruited, the plane(s) in which the movement occurs as well as the muscles producing the movent.

Want to learn more about human movement and how to properly teach people exercises? If you do then you should do our Personal Training Diploma. For more information, please follow this link. 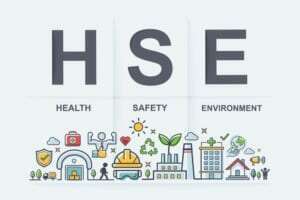 How to maintain a safe working environment in a sporting organisation