What is the correct technique to adopt during endurance training?

The term ‘endurance training’ refers to a particular manner of exercising, the goal of which is to improve endurance. The expression ‘endurance training’ usually refers to the training of the aerobic system as opposed to the anaerobic system of the human body. The requirement for endurance in sports is often based on the need for cardiovascular as well as pure muscular endurance. However, the issue of endurance is far more complicated than what is popularly thought.

The two categories of endurance training

Endurance exercises can be divided into two categories:

‘General endurance’ characterises the ability of your entire body to withstand endurance exercises while fatigue is being diminished. The better your general endurance is, the better you can stand longer efforts at various sporting disciplines. For example, if you are one 500m runner and have high level of general endurance, you can perform at a relatively high level at 10 000 m as well, but you can’t compete against 10 000 m runners who have been developing their distance-specific endurance.

The warm-up should function to up your heart rate and blood pressure, increase your oxygen consumption, dilate the blood vessels, improve elasticity of the active muscles as well as increase the heat produced by the muscle groups to be used during exercise.

The warm-up phase should last anywhere from between five and 10 minutes. For most activities, five minutes may be good enough. Stretching should always follow the low-intensity aerobic warm-up exercise as it is easier to stretch the muscle groups when they are warm. An example of a proper warm-up will be five minutes of walking followed by three minutes of light stretching. Attempt to hold your stretch for at least 20 seconds during the warm-up. A proper cool-down should last about between five and 10 minutes for every 30 minutes of exercise. If the cardiovascular activity is performed for more extended periods or is of a higher intensity the cool down phase should last for longer. 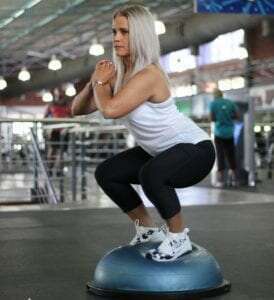 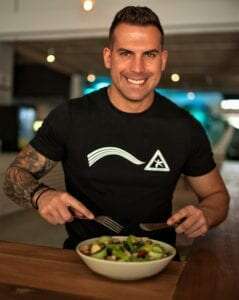 How does nutrition affect brain health?