What is the structure of breathing and respiratory passageways in the lungs?

The conductive passageways in the lungs consist of the structures that oxygen travels through before it enters the respiratory passageway. The structures enable the oxygen to be purified, humidified and warmed or cooled to meet the body’s temperature. They consist of a:

The respiratory passageways gather the channelled air coming from the conductive passageways. At the bottom of the bronchioles sit the alveoli which consist of clusters of alveolar sacs. This is where oxygen and carbon dioxide are transported in and out of the bloodstream (diffusion).

At birth, humans possess an estimated 24 million alveoli. This number can increase to approximately 300 million at the age of 8 and remains constant through to the age of 30, where it gradually declines. What is the cardiorespiratory system/cardiopulmonary system?

The combined cardiovascular system and the respiratory system make up the cardiorespiratory system. Together, they form a vital support system to provide the system with oxygen and then removing waste products so that the body can function correctly.

Oxygen is inhaled through the nose and mouth where it is conducted through the trachea and then down through the bronchi where it eventually meets the lungs and alveolar sacs. Deoxygenated blood is then pumped from the right ventricle of the lungs through to the pulmonary arteries.

Capillaries surround the pulmonary alveolar sacs and, as oxygen fills the sacs, it spreads across the capillary membranes into the blood. Oxygenated blood then goes back to the left atrium of the heart through the pulmonary veins where it is pumped into the left ventricle. It then diffused out of the body.

When the cells of the body are using oxygen, they also produce an oxygen waste product called carbon dioxide. It is transported from the tissue back to the cardiovascular system and back to the lungs in deoxygenated blood. The alveolar sacs transport carbon dioxide into the pulmonary capillaries and release it through respiration.

What is oxygen consumption?

The cardiovascular and respiratory systems work harmoniously to spread oxygen throughout the body and to remove CO2 (carbon dioxide). The body’s ability to use oxygen effectively is solely dependent on the respiratory system’s ability to collect oxygen and the cardiovascular system’s capacity to transport the oxygen. The usage of oxygen in the body is called oxygen consumption or oxygen uptake.

The cardiac cycle defines all the actions of the heart through one full heartbeat—that is, through one contraction as well as relaxation of the two atria and ventricles. A contraction episode (of the atria or ventricles) is described as systole. A relaxation event is described as a diastole. The cardiac cycle comprises an explanation of the systolic and diastolic activities of the atria as well as ventricles, the blood volume and pressure changes within the heart, in addition to the action of the heart valves.

Interested in learning more about physiology? If you are, then you should absolutely check out our Exercise Science Course. For more information, please follow this link. 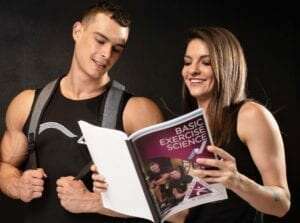 What is the cardiac cycle? 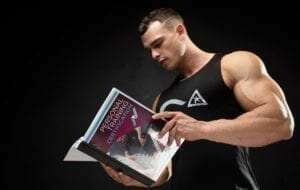 What is sports kinetics?