The psychological factors which can affect athletic performance

The term ‘psychology’ refers to the study of the nature and function of the mind with particular emphasis put on the relationship between thought and physical action. Psychology has become increasingly important in sports and exercise, particularly with respect to the improvement and maintenance of fitness performance. Sports psychology is an aspect of sports training and preparation. This science is primarily directed at assisting individuals and teams to maintain the best balance between mind as well as body both in terms of the physical execution of the technical aspects of the sport in addition to the related functions of emotion and mood.

There is no one approach to sports psychology. Team sports, as well as the dynamics of group interaction, are entirely different as opposed to the pursuits an individual competition. The nature of fitness and athletic training itself will play a significant role in how the participant may be assisted. Certain sports or fitness routines, by their nature, are likely to attract certain types of personalities. While individuals in their sport may require variety psychological approaches the science of sports psychology is founded on a number of constants. Sports psychology will invariably include work in three general areas:

This is a planning process that occurs as part of an assessment of the overall needs and abilities of the participant. Goals must ultimately be realistic, . setting objectives that are unattainable for an individual is guaranteed to lead to failure.

Goal setting includes the determination of such issues as the individual’s ability to self-motivate and the personal measure of self-confidence. The sports psychologist, along with the individual and the coaches, can play a role in the prioritising g of events with this the training year. Efficient coaches will create a schedule that is often referred to as a periodisation of training when the year is split into constituent parts of the competitive season, offseason and preseason.

Sports psychology principles are of particular application in the individual’s development of a feedback loop where the constant analysis, re-evaluation and refusing of training and competitive direction occurs regarding performance. This type of training and techniques form the second branch of sports psychology. Although commonly treated as a single entity, imagery and simulation are two distinct psychological approaches to sports training and preparation.

The physical training undertaken by any individual requires the development of an individual’s train and the pathways of the nervous system, specifically those of the peripheral systems that extends to the musculoskeletal structure which is directed and powered in order to achieve movement. The more specific as well as focused the nerve impulses initiated by the brain, in respect of the intended physical movement of the training, the more effective the individuals will be in the execution of the requirement movements of the training.

Imagery is a psychological technique in which the athlete is conditioned to prepared for training through the use of the mind. This includes the development of set through patters which are composed of often of abstract words or images that the individual finds helpful in reinforcing the focus on the activity. Images are developed between the individual and the sports psychologist to trigger certain types of emotions that the individual may wish to harness at appropriate times. The common emotions that are tied to the individual may be at a lower level of intensity than is desired. Alternatively, images may be used to heighten the ability to lock out all extraneous activity or distraction.

The images may be personal to the individual experience or they may be created to spur on a particular reaction. Once taught, the imagery is a self-motivation tool that is portable in that the images and their keys are carried in the individual’s mind.

Simulations a mental training process that is a direct linkage between mental control and the training, simple simulations include the meatal rehearsal of training-specific techniques such as the mental review of all aspects.

A critical component of effective simulation is the application of all the senses that the individual would expect to engage when the actual event being simulated. Simulation seeks to build the entire act as well as its surrounding physical circumstances in the mind to better equip the individual to deal with those related sensations during training.

High-performing athletes make the claim that 90% of their success comes from mental training and ability. In professional sports, there aren’t enormous differences between athletes in terms of potential, training, or physical ability. The determinants of success, thus, lie in the psychological realm.

Want to learn more about sports psychology? Check out our Sports Psychology Course for more information! 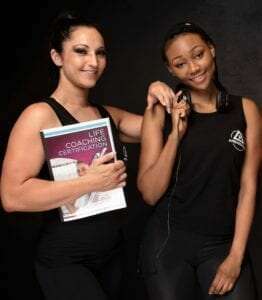 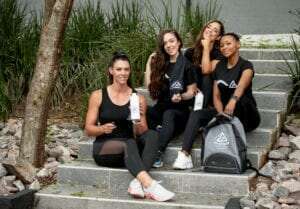 Why rest and recovery after exercise is important