Boxercise, which was established in 1992 by boxing coach Andy Wake, is a form of high-intensity interval training. The core of this is based on boxing.  It has been hailed for its combination of coordination, strength and cardio training which increase energy levels and release endorphins for better mood control. In today’s fast-paced world, what better way than boxercise is there to release stress?

Since its inception some 26 years ago, boxercise has grown immensely in popularity thanks to the enjoyable form of exercise that it provides and of course the remarkable results that can be attained from doing it.

If you are looking at taking part in a class but want to know what you will get out of it, and what you will learn, here are some of the moves you will be mastering:

The Drummer is a good starting point since it uses both arms and legs to provide a full-body workout. The method is fairly simple and contains a combination of high punches, low hammer punches and high knees. A single Drummer drill should consist of the following routines, which should be done in quick succession:

During this drill, two boxers get into a crunch position opposite each other. Each one does a crunch at the same time. As they rise, one boxer (who has gloves on) throws a succession of jabs at the other (who is wearing pads).

At the first crunch, the boxer will throw two jabs. At the second, they will throw four. Repeat this until the boxer reaches ten punches. Switch over so that the other person is throwing the jabs. While boxercise routines are generally done in groups, the Horserider can be done alone. This routine combines the following into a single routine:

Start in what is called the Horseriding Stance. This is a stance adopted from Tai Chi where you stand with your:

While in this stance, perform ten straight punches:

The amount of time you spend repeating this depend on your abilities. However, most trainers recommend doing it for about two minutes before taking a thirty second break.

You will want to do this one on a mat since you will be spending a small bit of the drill on the floor. This routine combines floor movement, boxing and squats to give a full-body workout while improving bod and spacial awareness while enhancing coordination.

To start, throw 4 punches. Then do two squats, followed by a boxers roll:

The Duck and Weave has been a staple of the boxing profession since as far back as anyone can remember. It offers a practical drill during training sessions as well as some useful techniques for actual fights. This is simply a succession of particular movements that should be done with speed and rhythm:

Boxercise offers a means of working out that is practical, enjoyable and effective.

If you would like to learn more about using techniques such as these to run your own fitness classes, why not consider getting a personal training diploma from Trifocus Fitness Academy.

Call us or visit our website today to find out more about our internationally accredited, online fitness courses. 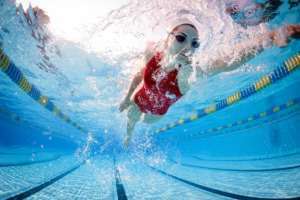 Which Breathing Techniques Are Good for Swimmers? The Basic Principles of Resistance Training?