What makes up the endocrine system?

Glands that produce and secrete hormones make up the endocrine system. These hormones are responsible for your body’s growth, metabolism, and sexual function and development. They are released into the bloodstream and affect the organs in your body.

The glands that make up the endocrine system are the:

The hypothalamus regulates your hunger, metabolism and body temperature. It can be found in the lower central part of your brain.

The hormones secreted by the hypothalamus stimulate or suppress the release of hormones in the pituitary gland.

It also secretes somatostatin, which is a hormone that causes the pituitary gland to stop the release of growth hormones.

The pituitary gland is located at a position below the hypothalamus in the brain. It produces hormones that control many of the other endocrine glands’ functions.

It is possible to divide the pituitary gland can be divided into two lobes: the anterior lobe and the posterior lobe.

The anterior lobe produces hormones that are regulated by the hypothalamus:

The posterior lobe produces hormones that are not regulated by the hypothalamus. These hormones are produced in the brain and carried to the pituitary gland through nerves. The thyroid gland makes hormones that are responsible for regulating your body’s metabolism. It is situated in the lower front part of your neck. It also contributes to bone growth and the development of the brain as well as the nervous system in children. Thyroid hormones also help maintain blood pressure, heart rate, digestion, muscle tone and some reproductive functions.

The parathyroid glands release hormones that regulate calcium levels in the blood and bone metabolism. It is embedded in the surface of the thyroid gland.

The pineal gland produces melatonin. This hormone regulates the body’s sleeping cycle. It is located in the middle portion of the brain.

The reproductive glands are the most familiar in the endocrine system. They are responsible for releasing sex hormones.

In men, their testes produce androgens, like testosterone. These hormones are responsible for men’s sexual development, the growth of facial and pubic hair, as well as sperm production.

In women, the ovaries produce oestrogen and progesterone, as well as ova. These hormones are responsible for the development of women’s breasts. They are also involved in women’s reproductive functions, like menstruation and pregnancy.

The pancreas can be divided into two parts:

The pancreas is an organ situated at the back of your abdomen, behind your stomach.

Together, the various glands that make up the endocrine system release hormones that allow your body to function as it is supposed to. From reproductive functions to stress control to digestion – your endocrine system regulates it all.

Want to learn more regarding anatomy and physiology? Check out our Exercise Science Course for more information. What is the Krebs Cycle? 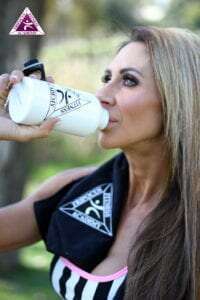 How should you exercise safely in hot weather?