Why are carbohydrates considered ‘bad’ for your nutrition?

The concept of “carbs” is a passionately-debated topic. This is particularly true in the weight-loss world because of low-carb or no-carb diets. The notion that “carbs are bad” has left many individuals muddled about carbohydrates and their significance for our health, which includes maintaining a healthy weight.

Dietitians say that carbohydrates are such a wide category which means that individuals are required to know that not all carbohydrates are created equal. It’s all about the type, quality as well as the quantity of carbohydrate in our diet that is significant. While we should be reducing the amount of sugar in our diet – in the form of fizzy drinks and sweets – we should base our meals on starchy carbs, particularly the higher-fibre varieties as there is strong evidence that fibre, which is found in wholegrain versions of starchy carbohydrates – for example – is good for our health.

Everyone needs to consume carbohydrates. However, this doesn’t give you licence to load up on cakes and cookies to get your recommended daily servings. Whole grains, such as brown rice, have more fibre and nutrients than processed grains. Carbohydrates are a critical part of a healthy diet, yet it’s important to know that not all of them are created equal.

What Is the Glycaemic Index (GI)?

The Glycaemic Index (GI) is a scale which ranks carbohydrates in foods according to the effect that these have blood glucose levels. Carbohydrates which don’t have a high GI value (in other words, 55 or less) are digested, absorbed as well as metabolised in a slower manner. This means that they cause a lower as well as a slower rise in blood glucose in addition to insulin levels.

There are a number of groupings in the GI:

There is a very pressing requirement to define the discrepancy between a low GI diet and/or meal as opposed to a food which is a low GI food. Because a low GI food is considered as 55 or less, the entire population has made the logical assumption that a diet which averages 55 or less is a low GI diet. What the typical Australian and American eats already has a GI of between 55 and 60 owing to the fact that we eat fruits as well as dairy products and these foods naturally are low GI.

However, to reduce risks of chronic disease people should be aiming to lower the number of high GI foods that are consumed. A GI level of that is measured at 45 is a better cut-off point:

It is known, from a number of global observational cohort surveys, that the daily average GI of the population’s diet – in the lowest 20% of the population – is between 40 – 50. It has been proven that an average GI of 45 has substantial health benefits in people with existing diabetes for reducing the risk of chronic diseases such as heart disease and diabetes. Carbohydrates supply us with the energy that we require in order to perform our everyday activities such as working, exercising as well as playing with our children. This being said, all carbohydrates aren’t equal in terms of nutritional value:

To lose weight, it is required that you consume slow-release carbohydrates (also called low GI carbohydrates) for example wholewheat bread. These carbs release steady amounts of energy into your bloodstream throughout the day. These also make sure that you keep feeling fuller for longer and this means that you’ll control the urge to keep on snacking in order to keep your energy levels up. 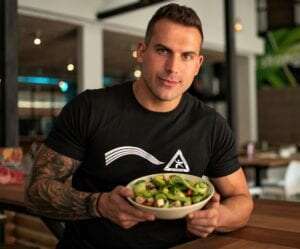 Why you get hungry after working out 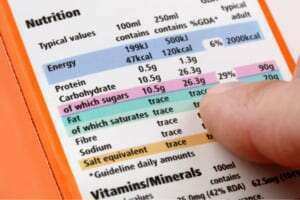 What is the difference between calories as opposed to kilojoules?