Nutritionists say Why you Should put the Skim Milk Down

Do you order “skinny” cappuccinos and congratulate yourself on your healthy choice? Do you believe that skim milk is the better milk option, that it’ll help to make you skinny and healthier? Nutritionists say that skim milk (and even 2% milk) isn’t as good for you as regular full cream milk.

Why not to opt for skim milk

Skim milk is the nasty byproduct of dairy production

It’s what was left over after the cream was skimmed from the milk. For a long time, it was considered useless. It was only after it became marketed as the “healthier, fat-free option” that skim milk became a commercially viable product.

So put the skim milk down, and read on to find out why you should switch to full cream milk today.

For years, we were taught that saturated fat and cholesterol are bad for you, that they cause heart disease and contribute to obesity. Turns out these aren’t as bad for us as we were told. And poly- and monounsaturated fats (think of those found in avos, nuts and fish) are amazingly good for you!

“For long-term health, some fats are better than others. Good fats include monounsaturated and polyunsaturated fats. Bad ones include industrial-made trans fats. Saturated fats fall somewhere in the middle.”

Skim and low fat  milk are higher in hidden sugars

A cup of low-fat milk has the same amount of sugar in it as a bar of chocolate (according to scientific studies). And since skim milk, in its raw form, is really unappetising, manufacturers add sugary ingredients to it to make it taste better.

What’s more, some manufacturers will add dehydrated milk solids to the skim milk, to give it the creamy white colour that we expect milk to have. These milk solids are so highly processed, the cholesterols in them turn into toxic substances that will harm your body in the long run.

Full cream milk is rich in calcium as well as vitamins D, A, E and K.
These are not found in skim milk. Some are concentrated in the butterfat of the milk, which is removed when skim milk is made. Others are fat soluble, so they are in the skim milk, but you don’t absorb them because the skim milk has no fat in it.

It’s clear that skim milk is simply a highly-processed food, one that offers you little nutritional benefit, Full cream milk – and especially that derived from grass-fed cows that are hormone and antibiotic free – is your best option.

And if you’re completely in awe of the power of good nutrition, then consider a career as a nutritionist. Trifocus Fitness Academy will get you on the right track, with its Specialised Nutrition Certification. 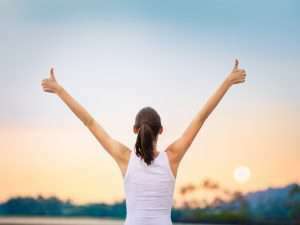 Get More Out Of Your Life With These Life Coaching Strategies